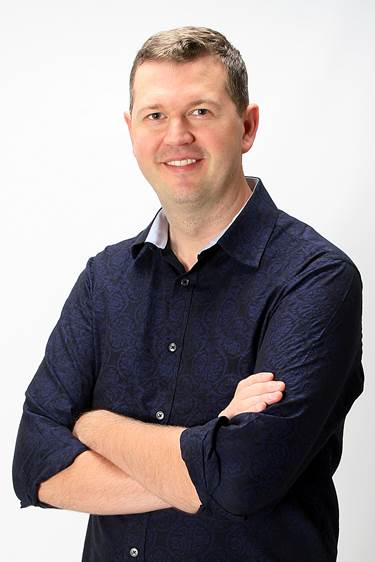 Ryan Taylor describes his most recent career transition as “a journey into a strange new world.”

He entered the cryptographic territory of the Blockchain two years ago when he joined the team at Dash, an innovative open-source digital currency payment network.

The move took Taylor somewhat beyond the realm of his previous jobs and into the emerging but potentially volatile cryptocurrency industry.

Yet the transition can be seen as more of an evolutionary step rooted in a redirection Taylor took about two decades earlier as a student at Arizona State University.

Taylor entered college as an electrical engineering major but eventually found himself more attuned to business and economics — though, he emphasizes, still retaining a strong interest in new technologies.

That mix of motivating factors has played out in the years since graduating from ASU with a bachelor’s degree in business management in 1999.

He spent the next four years in Honeywell’s Global Business Services in Tempe, Arizona, where he cycled between technical and business roles, before going to Columbia University in New York to earn a master’s degree in business administration with a finance and economics concentration.

Taylor went on to the Business Technology Office of McKinsey & Company, a global management consulting firm, where his clients were senior executives with some of the world’s largest financial institutions.

Next came a job as a hedge fund analyst for a major investment company, focusing on investments in the payments industry and fintech — computer programs and other technology used to enable banking and financial services.

It was the expertise Taylor had gained in the payments industry that would eventually arouse his curiosity about the potential of what entrepreneur Evan Duffield was doing with a startup cryptocurrency for payments he had founded, called Dash, headquartered in Scottsdale, Arizona.

“I saw features that made Dash unique,” Taylor says.

Instant point-of-sale transactions, privacy protection that made Dash safer and easier to use, a high-capacity network that can operate faster than most digital currency operations — those things and more attracted him.

In 2016, he joined the Dash team as director of finance but soon began shaping and solidifying Dash’s overall business strategy and professionalizing its operations.

Before long, Taylor was named CEO of the Dash Core Team, which is entrusted with developing the software that underpins the cryptocurrency network, as well as business development and marketing activities.

“So, again,” he says, “one foot in business strategy and one foot in technology.”

The drive to elevate Dash brought Taylor back to his alma mater. He made connections with ASU leaders and faculty, mostly within the Ira A. Fulton Schools of Engineering.

“We identified a lot of common interests and areas where we could collaborate and benefit from each other’s resources and expertise,” Taylor says.

In the fall of 2017, Dash supported the startup of ASU’s Blockchain Research Lab, directed by Fulton Schools Research Professor Dragan Boscovic. The Blockchain is a decentralized, digital ledger system that is the foundation on which cryptocurrencies operate.

Later came funding from Dash for development of an online graduate-level Blockchain course and scholarships for undergraduate and graduate research fellowships.

The partnership “has already demonstrated its value for both sides,” Taylor says.

He points, for instance, to ASU research that provided solutions to keep blockchain transaction systems from slowing down and to help prevent network instability.

“We have an accredited research university working with us. I think it brings a lot of credibility to our project and our blockchain technology,” Taylor says. “ASU has quantified things for us. We now have evidence that we can scale our business up much larger and do it safely, without putting our users at risk. That has tremendous value.”

ASU can look forward to some of its students getting internships at Dash, he says, while Dash’s investment in ASU will help provide a well-trained talent pool from which it can recruit future employees.

Recalling his undergraduate experience, Taylor says he liked that as a large university offering an expansive array of studies, ASU provided a big landscape of potential career paths for students to explore.

“I also liked that I got to interact with people from different places and different walks of life and was able to create a sense of community within this huge place by joining student organizations,” where he began developing leadership skills, he says.

Now Taylor likes that the university, particularly the Fulton Schools, “is taking a very pragmatic approach to how they educate students and the research they are conducting and focusing on how that research can have an impact on business and society.”

His advice to today’s students is to take advantage of the well-rounded education universities like ASU offer, and not focus solely on studies in your career field.

But all college students should be acutely aware “that we are entering a world where everything is being digitized, even our money,” Taylor says. “Every industry one-by-one is becoming digitized, and in a short period of time there won’t be any industries that aren’t tech industries.”

Students in all fields “need at least a base-level understanding of technology, computer science and programming and hardware,” he says. “Those things are going to be profoundly important, no matter what industry you are going into.”

To those who share his entrepreneurial bent, Taylor says they need to be prepared for a business environment in which the pace of disruption is accelerating.

That environment is rife with threats, he says, but wherever there is disruption, there are also tremendous opportunities.

“If you have a really good idea and can execute it well, then you can find success faster than at any point in history,” Taylor says. “So, I don’t think there is a better time to be coming out of school than right now.”