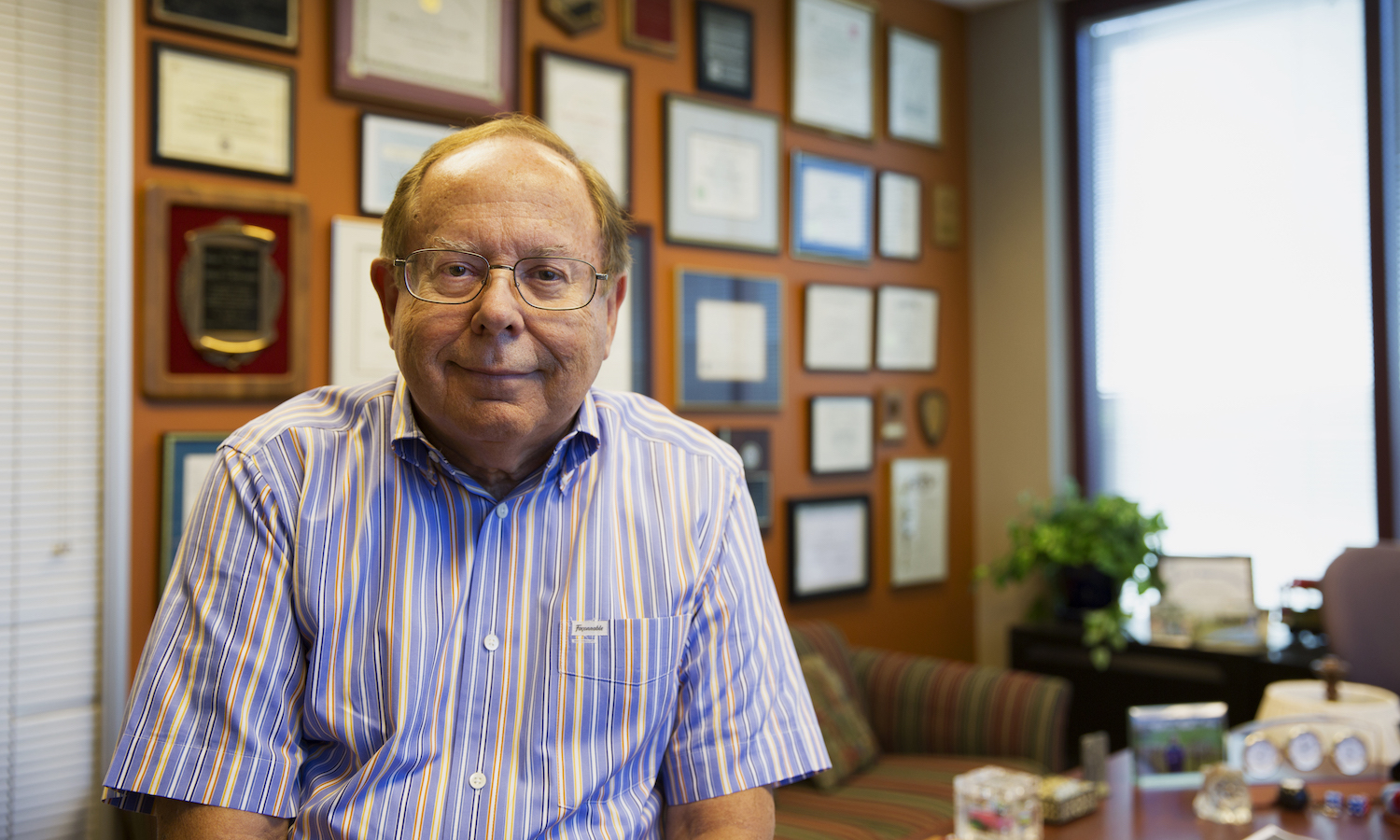 The world has no shortage of worthwhile causes to support. Diseases need cures. Environments need preservation. People need a higher quality of life.

For Douglas C. Montgomery, an eminent scholar and statistician, supporting graduate student education in industrial engineering is his top priority. That’s why he’s making a personal contribution of $2 million to Arizona State University’s Ira A. Fulton Schools of Engineering.

“Graduate student education is really important,” said Montgomery, a Regents’ Professor of Industrial Engineering in the School of Computing, Informatics, and Decision Systems Engineering. “Industrial engineers play a vital role in a huge range of industrial and business settings, from manufacturing to health care. So, we should do whatever we can to improve graduate education and make it a good experience.”

Montgomery’s passion to help graduate students develop their research interests has motivated him to become an investor and partner in their quest for knowledge, skill and wisdom. He has made several contributions over the years to ASU and his alma mater, Virginia Tech.

“Doug is fueled by a sincere commitment to scholarship at the highest levels in his teaching, service and research,” said Kyle Squires, dean of the Ira A. Fulton Schools of Engineering. “He embodies the core tenets of the New American University and his impact on the next generation of thought leaders in industrial engineering has been, simply put, top of class. His investment is instrumental in elevating the profile, potential and contributions of our learning community in the Fulton Schools.”

As a renowned expert in quality engineering, Montgomery has contributed significantly to the design of experiments and statistical process control. He’s published 16 books, more than 180 technical papers and over 270 journal papers. He’s received nearly $4 million in research funding from the National Science Foundation, the Department of Defense and NASA. He’s also served as a consultant to more than 100 companies.

Montgomery’s professional accolades are numerous. He was elected an honorary member of the American Society for Quality, the highest grade of membership, given to only 25 members. He’s a fellow of the American Statistical Association, the Royal Statistical Society and the Institute of Industrial Engineers. He also received the Shewhart Medal, the Brumbaugh Award and the Hunter Award, among others for outstanding contributions to his field.

“I’ve been quite fortunate to work with excellent research students,” said Montgomery, who teaches mostly graduate-level courses in industrial engineering. “I’m really proud of every single one of them because they’ve all gone on to do really great things.”

Montgomery’s doctoral graduates are on the faculties of many leading universities in the U.S. and around the world. A fairly sizable number of graduates he mentored are in influential positions at major companies and national labs, such as the RAND Corporation and the Battelle Pacific Northwest National Laboratory.

“The benefits of Doug’s teaching and research are widespread,” said Rong Pan, associate professor and program chair of industrial engineering and engineering management. “He has inspired and defined the research agenda of numerous researchers, not only his own extensive set of doctoral students, but also the many authors who have studied and cited his research publications.”

Montgomery’s first doctoral student at the Georgia Institute of Technology was Professor Ronald G. Askin. Montgomery continued to mentor Askin as his career progressed through various professorship roles at the University of Iowa and the University of Arizona.

“Doug is the kind of advisor and faculty mentor you want to emulate. He’s been my role model for how to be a successful classroom instructor, a high impact researcher who combines technical depth with real-world relevance and impact, and a graduate advisor,” said Askin. “He has an amazing ability to see difficult topics clearly and convey intuition as well as technical detail to students. He is a storehouse of knowledge and insight that makes for a valuable resource for the budding researcher.”

In 2006, Askin joined Montgomery on the Fulton Schools faculty as the chair of the industrial engineering program. Askin went on to serve as director of the School of Computing, Informatics, and Decision Systems Engineering from 2009 to 2016.

“I always tell people you should be very good to your doctoral students because you might end up working for one of them,” joked Montgomery of his former student. “If you didn’t treat them well, it could be a bad experience.”

Montgomery is very active in recruiting students and faculty into the industrial engineering program. During his sabbatical this academic year, he has traveled to multiple universities throughout the country to recruit students to the School of Computing, Informatics, and Decision Systems Engineering’s graduate program.

Among the enticements for prospective faculty and students are the textbooks Montgomery has authored, “Design and Analysis of Experiments” and “Introduction to Statistical Quality Control,” both of which are leading textbooks in his field.

“We’re honored to have Doug serving the industrial engineering program for nearly 30 years,” said Pan. “He’s made so many contributions to the growth and quality of our program. And a certain portion of our graduate program’s excellent ranking, 17th by the U.S. News & World Report, is due to him.”

Montgomery lauds the faculty in the School of Computing, Informatics, and Decision Systems Engineering and the industrial engineering program for their broad range of specialties and research interests. He said interacting with his colleagues has been extremely beneficial for his own research ventures by enabling him to gain diverse perspectives on how to approach various problems.

“I think we’re trying to do some really outstanding things here at ASU,” said Montgomery. “As faculty, we all benefit from our careers and time at this place. I think it’s only reasonable that if we can find some way to give back to the university, we should do it.”

The Dr. Connie Borror Achievement Scholarship was established in 2016. The scholarship was named in honor of the late Borror, one of Montgomery’s doctoral students who became a professor in the School of Mathematical and Natural Sciences at Arizona State University’s West campus.

The Douglas C. Montgomery Professorship in Industrial Engineering was established in 2017. The professorship will recruit a senior scholar in the area of industrial statistics who exemplifies Montgomery’s legacy. Modeling the present to improve future predictions of extreme rain