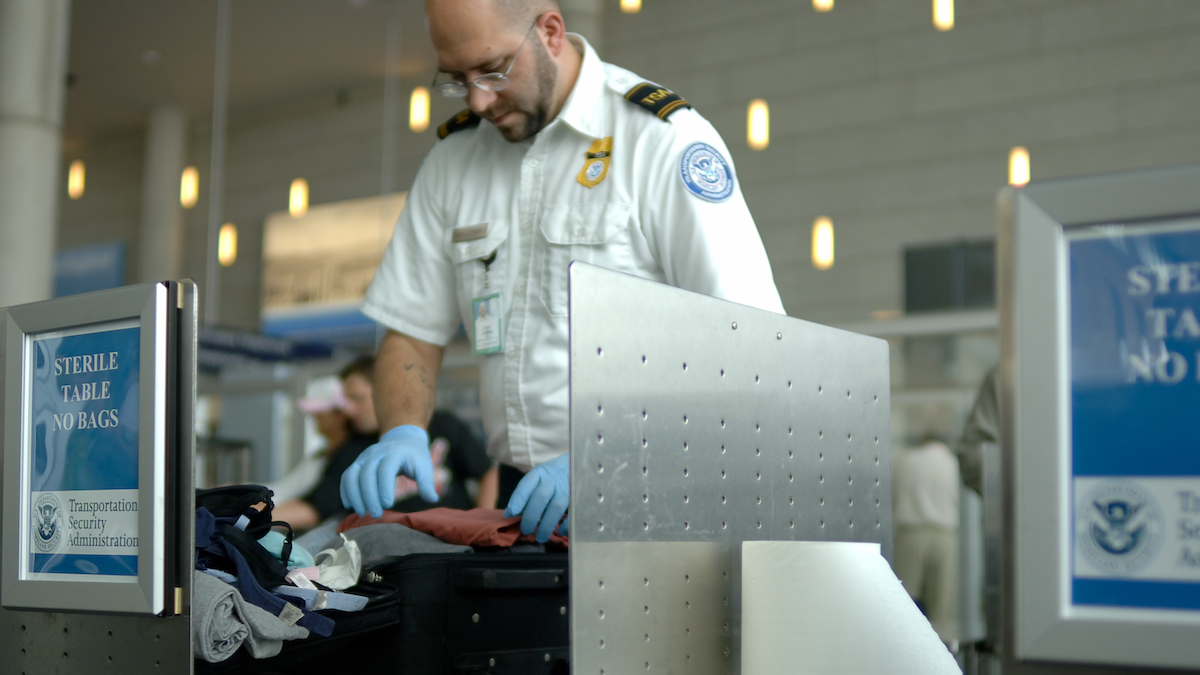 Above: Photo courtesy of Shutterstock

Every day, the U.S. Department of Homeland Security faces complex challenges to ensure a safe, secure and resilient nation, from enhancing domestic defense to facilitating lawful travel across borders.

Housed in ASU’s Global Security Initiative with the Ira A. Fulton Schools of Engineering as a core partner, the center is a consortium of academic, industry, government and laboratory partners that develops advanced analytical tools and technologies to enhance planning, information sharing and real-time decision-making in homeland security operations, including border security and airport screenings.

Over the past year, the center has been conducting groundbreaking research to improve efficiency and security at national borders, seaports and airports by using multidisciplinary, customer-driven and practical solutions.

“We’re able to innovate at the intersection of use-inspired and use-based research to tackle real homeland security problems,” says Ross Maciejewski, director of the Center for Accelerating Operational Efficiency and associate professor of computer science in the Fulton Schools. “Our research can be translated into the field with useful tools and technology to make a broader impact and become more efficient in the process.”

The success of the center’s research on homeland security problems relies heavily on Maciejewski’s vast knowledge of DHS’s mission statement and the university’s innovative institutional design. These enable the center to build diverse research teams with expertise spanning several disciplines.

Nadya Bliss, the director of the Global Security Initiative, believes all of these factors and the collaboration with the Fulton Schools may have played a significant role in the department’s decision to partner with ASU.

“We had a deep understanding of the homeland security enterprise’s mission and a track record of excellent and consistent execution with problem-centric and mission-focused research,” says Bliss, a professor of practice in the Fulton Schools. “We also had a network of established internal and external partnerships as well as institutional investment and support to address the enterprise’s complex challenges.”

When heading to the airport, most people dread going through Transportation Security Administration screenings. The challenge of keeping airports and flights safe has resulted in unpredictable wait times for passengers and constantly changing guidelines for screenings of passenger belongings.

“The problem is they never know exactly who is going to be coming to the airport and when they’re going to come,” says Askin. “Flight schedules are always changing so there’s a constant flux of passengers arriving and going through security.”

Askin and Sefair have been working on the passenger arrivals estimator by mining the web for publicly available data, such as flight schedules, aircraft type, aircraft capacity, passenger location of origin and so forth. The data helps predict passenger demand at different checkpoints ahead of time.

The input of forecasted passenger arrivals will feed the dynamic queue analyzer. Cheu and his team will use a simulation-based approach to analyze checkpoint operations and determine the flow of passengers and their potential wait times based on how many lanes are open and how many transportation security officers are assigned.

Sefair will take the lead on the third module, which uses the tool’s insight to better deploy transportation security officers throughout the airport to improve checkpoint performance and reduce wait times.

“In an ideal system, you have all the lanes open, all the security officers working and all passengers waiting for minimal times,” says Sefair. “But since we have limited resources and limited capacity, we need to be smart and allocate security officers where they are needed most.”

The tool is expected to benefit up to 900 million passengers per year by reducing wait times for passengers at U.S. airports.

U.S. Customs and Border Protection is a federal law enforcement agency of the homeland security enterprise tasked with the challenge of securing the nation’s air, land and sea borders. On an average day, the agency welcomes nearly one million international travelers, inspects more than 67,000 cargo containers and confiscates nearly four to six tons of illicit drugs.

The agency also facilitates lawful travel between ports of entry. To help detect, deter and disrupt illegal passage into the country more efficiently, researchers in the Center for Accelerating Operational Efficiency are creating a simulation toolkit to identify probable pathways individuals might take to cross national borders, with a pilot effort in several sectors in Texas.

“We’re attempting to use the best available knowledge about how individuals traverse through open terrain for border protection to use at the field level to better inform operations,” says Brandon Behlendorf, principal investigator for the project and an assistant professor at the University at Albany, State University of New York.

The underlying technology for Behlendorf’s toolkit is based upon the same modeling and algorithm approach Google Maps uses to get people from a point of origin to a destination. It’s known as Dijkstra’s algorithm, a mathematical graph theory for finding the shortest paths between nodes in a graph.

“In Google Maps, you might want to avoid tolls, highways or some other facet related to your travel,” says Behlendorf. “In the border protection environment, an individual crossing the border may want to avoid populated areas or stay close to low-line elevation to maintain their cover and ease the traverse.”

Each station or sector can change the modeling criteria and build its own customized profile for how individuals in a particular environment may act based on their knowledge of the border-area landscape, prior apprehension locations, sensor and security camera positions and so forth.

Moreover, the toolkit utilizes open-source software so it can be field deployed on a government laptop in environments lacking instant and consistent internet access.

“This algorithm will help border protection optimize their placement of intel and analysis resources to best disrupt routes of individuals trying to cross the border,” says Behlendorf, “thereby providing greater security along the border.”

The Center for Accelerating Operational Efficiency’s strength in security research comes from its diverse collaborations and innovative mindsets. As such, the center is helping bridge the gap between academic research and agency needs to develop advanced tools that will improve operations in the homeland security enterprise.

This material is based upon work supported by the U.S. Department of Homeland Security Science and Technology Directorate under Grant Award Number 2017-ST-QA001-01. The views and conclusions contained in this document are those of the authors and should not be interpreted as necessarily representing the official policies, either expressed or implied, of the U.S. Department of Homeland Security.

A consortium of collaborators