ASU engineers at the frontier of water research

ASU engineers at the frontier of water research 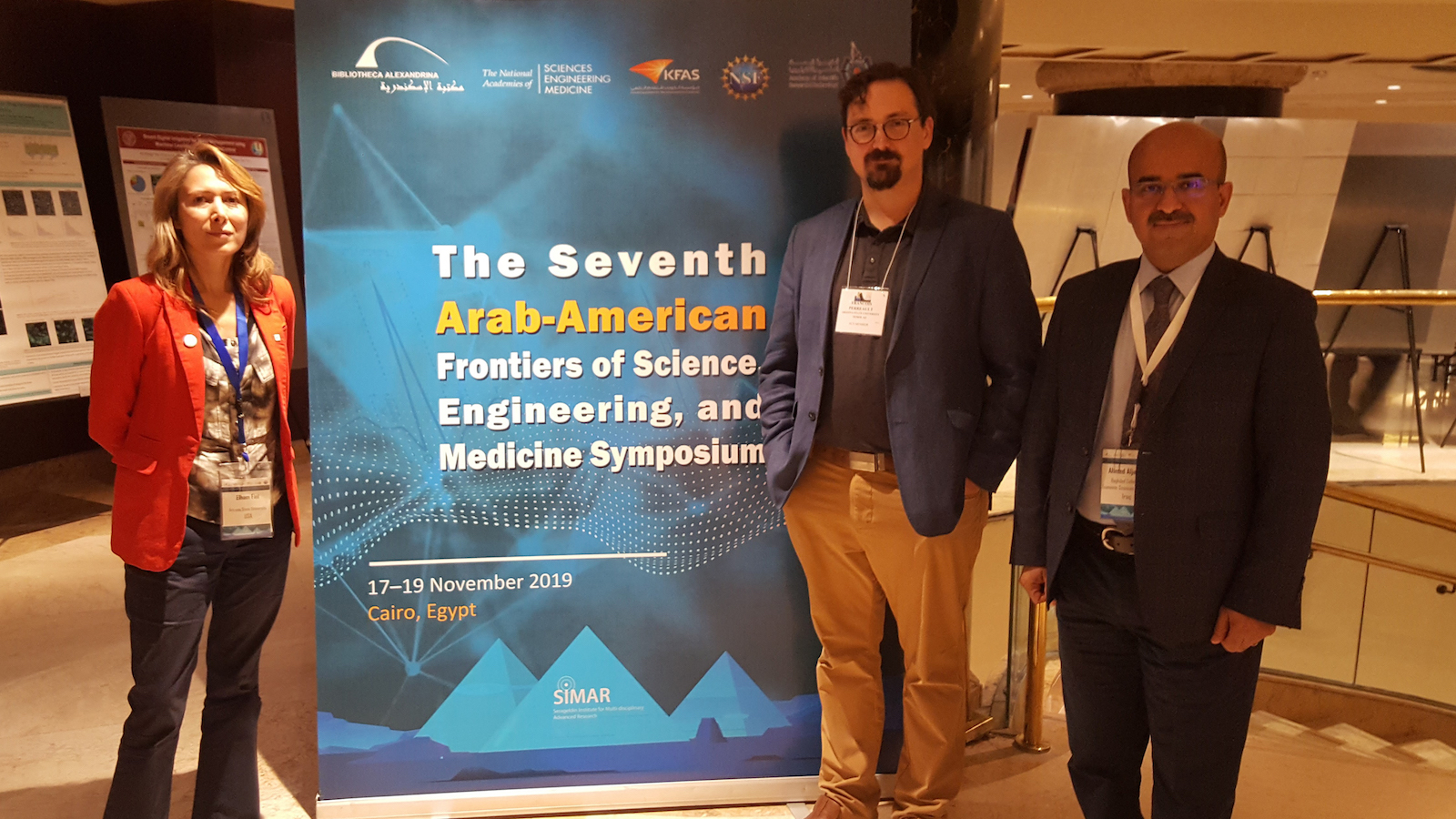 Leaders in science, engineering and medicine from the United States and the Middle East gather annually for the Arab-American Frontiers of Science, Engineering, and Medicine symposium to discuss scientific advances and research advances.

Arizona State University was well presented, with two faculty members and a graduate of ASU’s Ira A. Fulton Schools of Engineering attending the seventh annual symposium in Cairo, Egypt.

Assistant Professor Francois Perreault and Associate Professor Elham Fini from the School of Sustainable Engineering and the Built Environment, one of the six Fulton Schools, and Ahmed Aljanabi, a recent doctoral graduate in environmental engineering, were invited to attend the symposium.

“The goal is to bridge the American and the Arab community together, but also to make connections within the Arab world with other countries,” say Francois Perreault, who was joined at the event by Elham Fini, an associate professor in the School of Sustainable Engineering and the Built Environment, one of the six Fulton Schools, and by Ahmed Aljanabi, who recently graduated with a doctoral degree in environmental engineering.

Perreault conducts research in water treatment, while Aljanabi works in water resource management. They note the conference emphasized the strong connection between the water issues researchers focus on in the Middle East and with the issues facing Arizona.

“When it comes to water and resilience in the face of climate change and water scarcity, there’s a lot of overlap between what they’re going through with desertification and water management that connects really well with the realities that we have here in Arizona,” Perrault says.

The National Academy of Engineering also provides opportunities for fellowships enabling Arab researchers to come to the U.S. to conduct research in their fields. Perreault says the event provides an opportunity to network with scientists and engineers in the Arab community and explore ideas of future research pursuits.

“With the way they manage and think about water, there are a lot of things we can learn,” he says.

The symposium was conducted in partnership with the Library of Alexandria and Academy of Scientific Research and Technology, notes Daniel Placht, a senior program assistant at the National Academies.

“In addition to the speaker sessions, there were two poster presentation sessions along with a keynote and a couple of talks about programs and funding opportunities,” Placht says.

Attendees of the symposium had the opportunity to visit the pyramids at Giza. Photo courtesy of Francois Perreault The dirty but necessary way to feed 9 billion people