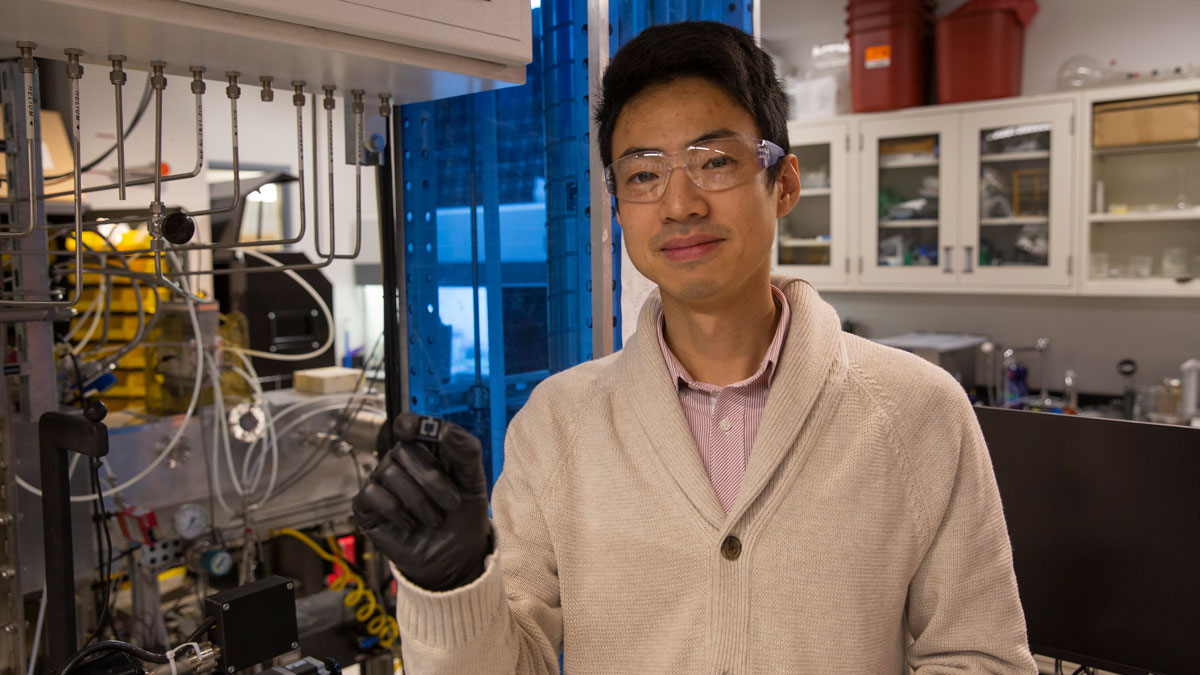 Now, the team improves upon the record by nearly two percentage points, to 25.4 percent, in a joint project with researchers at the University of Nebraska–Lincoln, predicting they’ll be nearing 30 percent tandem efficiency within two years.

“The cost of solar electricity is largely driven by the efficiency of the panels installed,” says Holman. “So, the increase in cell efficiency that we’ve demonstrated has the potential to lower the cost of solar energy, which will in turn mean that more solar panels will be installed.” 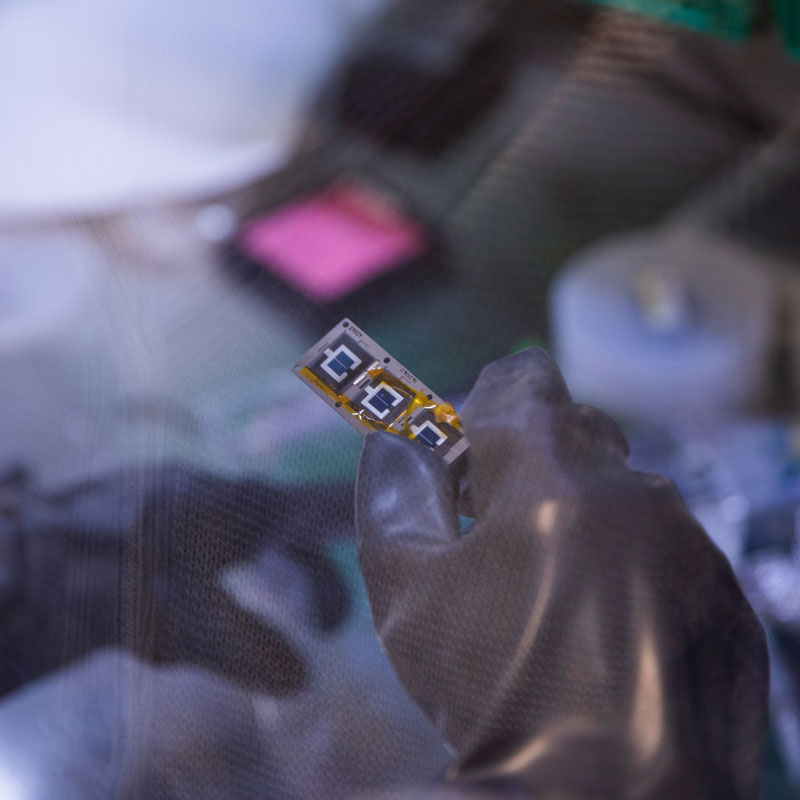 The perovskite/silicon tandem solar cell created by researchers at Arizona State University and the University of Nebraska–Lincoln has the potential to transform mainstream silicon technology and lower the cost of solar energy. Photographer: Erika Gronek/ASU

The results of a paper recently published in Joule, a Cell Press journal, outline how researchers achieved a new record by adding chemicals to the perovskite precursor solution.

While spinning the precursor solution on top of a silicon cell, the additives increase the grain size of the perovskite, enhancing its photovoltaic characteristics and resulting in a higher open-circuit voltage of the perovskite/silicon tandem solar cell. In other words, it increases the maximum voltage that the solar cell outputs.

“Based on our previous 23.6 percent tandem with a voltage of only 1.65 V, we saw a huge opportunity for higher voltage to get higher efficiency,” says Yu. “The 1.80 V open-circuit voltage of the new tandem is the highest demonstrated, making it one of the most efficient perovskite/silicon tandem cells in the world.”

Silicon solar cells make up 95 percent of the solar panels made today. The perovskite/silicon tandem has the potential to transform mainstream silicon technology and support the U.S. Department of Energy’s SunShot Initiative to cut the cost of solar-generated electricity by half between 2020 and 2030. At the cost target of $0.03 per kilowatt hour, solar electricity would be among the least expensive options for new power generation.

Holman cites a study that found in the business-as-usual scenario that 5 percent of U.S. electricity will be generated by solar in 2030. If the cost is reduced to the targeted $0.03 per kilowatt hour, that number goes up to 17 percent. This would result in a reduction in carbon dioxide emissions of billions of tons.

The interdisciplinary team of chemists, device physicists, electrical engineers and material scientists are now turning their attention to the other two solar cell parameters that determine efficiency — short-circuit current and fill factor — in an effort to exceed the maximum theoretical efficiency of a silicon solar cell.

The team’s research is laying the foundation for the commercialization of perovskite/silicon tandem technology.

“This is a big advancement of ASU’s cutting-edge research on silicon-based tandem solar cells,” says Yu. “Once the efficiency gain is big enough to justify the add-on cost of the additional perovskite layer, we envision it would be first adopted by the residential and commercial markets, which have higher balance-of-system costs.”

The team envisions its tandem solar cells will be on roofs in approximately 10 years.

In support of this and related research, Holman and Yu were recently awarded $2.5 million from the Department of Energy’s Solar Energy Technologies Office to develop characterization tools that will allow the team to pinpoint losses in perovskite solar cells and use a new deposition technique to minimize short-circuit current and fill factor losses to improve solar cell efficiency.

The knowledge and development gained from the SETO awards will benefit tandem solar cell research in the future. Chokepoints and censorship: Protecting the free flow of information on the Internet