Above: Image courtesy of Shutterstock

CRISPR has been heralded for some time for the possibilities it presents to harness and enhance the power of the human body to heal itself.

Now Arizona State University researchers in collaboration with colleagues around the country have announced an advancement in this gene-editing technology (full name: Clustered Regularly Interspaced Short Palindromic Repeats) that expands its potential as a powerful tool for revolutionizing the medical world. 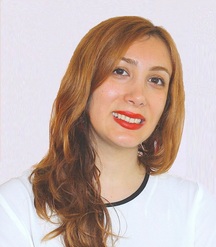 Samira Kiani, an assistant professor of biomedical engineering in ASU’s Ira A. Fulton Schools of Engineering, is one of three senior authors of a recent report describing how to boost CRISPR’s versatility in engineering the human genome — the genes and genetic materials in cells and organisms — to help cure disease, repair damaged body tissue and in other ways restore people’s health.

The research paper is published in Nature Methods, a leading journal that spotlights discoveries of new scientific methods and techniques.

The breakthrough involves the use of CRISPR/Cas9, a technology derived from the bacterial immune system that can assist in genome editing.

CRISPR itself consists of a family of repeated DNA sequences in bacteria that destroys invading viruses and bolster the bacteria’s defense mechanisms. Once adapted to human cells and cells from other organisms, CRISPR enables users to target desired genes to regulate how they behave and function.

Kiani and her fellow researchers are using CRISPR/Cas9 to develop synthetic gene circuits to reprogram mammalian cells. The goal is to empower the cells to repair or disable genes in a way that mimics natural processes.

The method might, for instance, help people with diabetes.

“Some peoples’ cells don’t produce enough insulin to counteract the impacts of diabetes. With the CRISPR/Cas9 technique, we might be able to reprogram their cells to produce more insulin,” Kiani says.

A particular benefit of Cas9 is that it is a DNA cleaving enzyme (sometimes referred to as a DNA scissor) that binds guide RNA to enable highly precise gene editing and regulation.

“Think of guide RNA as the wheels and steering system for driving Cas9 to any part of the genome you want,” Kiani says.

Guide RNA can be programmed to target specific sequences of DNA that are, for instance, parts of genes that have mutated and are causing cancer. Once found by the guide RNA, she says, Cas9 can open the DNA and like a scissor essentially cut it up, thus eradicating the cancer-causing gene mutation.

It’s also possible to modify Cas9 protein so that it retains DNA targeting capabilities but can no longer cut DNA. This method then can be adapted to transiently turn a gene on or off, a process that can be helpful in treating acquired diseases such as cancer and in repairing body tissue.

Turning genes on and off more efficiently is the crux of work Kiani and others detail in their report in Nature Methods. Their focus is on what is called transient gene modulation.

Kiani and her collaborators — almost 20 researchers at several institutions — have labored for three years to make CRISPR more efficient in transiently turning off the genes.

“That is transiently modulating gene expression. Transient modulation means you can turn genes off and then turn them on again and off again,” she explains.

In the course of their work, the researchers are finding ways to overcome some of the inefficiencies of silencing target genes, improving the use of Cas9 as a gene repressor, learning to more effectively use CRISPR for this purpose and paving the way for new and improved synthetic gene circuit architectures, Kiani says.

The efforts also point the way toward developing CRISPR-based gene therapies and related treatments that can work more rapidly and be safer, by virtue of not permanently changing the DNA code.

Building up the body’s defenses against disease

Kiani notes that much of the progress has stemmed from work led by the other two senior authors of the Nature Methods article: George M. Church, a professor of genetics at Harvard Medical School and a founding member of the Wyss Institute for Biologically Inspired Engineering at Harvard University, and Alex Chavez, a medical doctor and assistant professor of pathology and cell biology at the Columbia University College of Physicians and Surgeons.

The first clinical trials are being planned to test CRISPR in patients. Kiani says researchers are looking for evidence of CRISPR’s potential to provide better treatments for serious maladies such as cystic fibrosis, metabolic diseases of the liver and other organs, and blindness, among others, and to offer better immunotherapy to fight cancer.

“Many diseases in humans can evolve or progress through malfunctions in a cell’s genetic network that govern cell behavior and function. Tools that can target this network and program it toward natural functions will be revolutionary in future of disease therapeutics,” says Mo Ebrahimkhani, a Fulton Schools assistant professor of biological engineering and one of the co-authors of the report in the Nature Methods research journal.

He and Kiani say the ability to accurately control gene expression in human cells by turning human genes on and off can open up many new opportunities to reprogram cell function and behavior.

“This enables us to target cells, tissue behavior and the whole human body’s response during disease states,” Ebrahimkhani adds.

The recent research has led to upgraded tools to generate more powerful versions of CRISPR that can more effectively turn off genes in human cells. This technology can be used to suppress aberrant genes such as the mutated genes in cancer cells.

CRISPR and related advancements in synthetic biology will surely have impacts beyond health care and medical treatments, Kiani says.

The technology can be applied to food production and other aspects of agriculture, and to environmental management. It’s likely to also play a role in the control of disease-carrying insects — specifically mosquitos.

“Some people say these genetic tools will be a bigger factor in shaping our future than climate change,” Kiani says.

For that reason, bioengineers and scientists are proceeding with caution.

“CRISPR technology holds immense promise for doing good things for us,” Kiani says. “But we want to be extremely careful about how it’s used.” Team chemistry is key ingredient in formula for research success