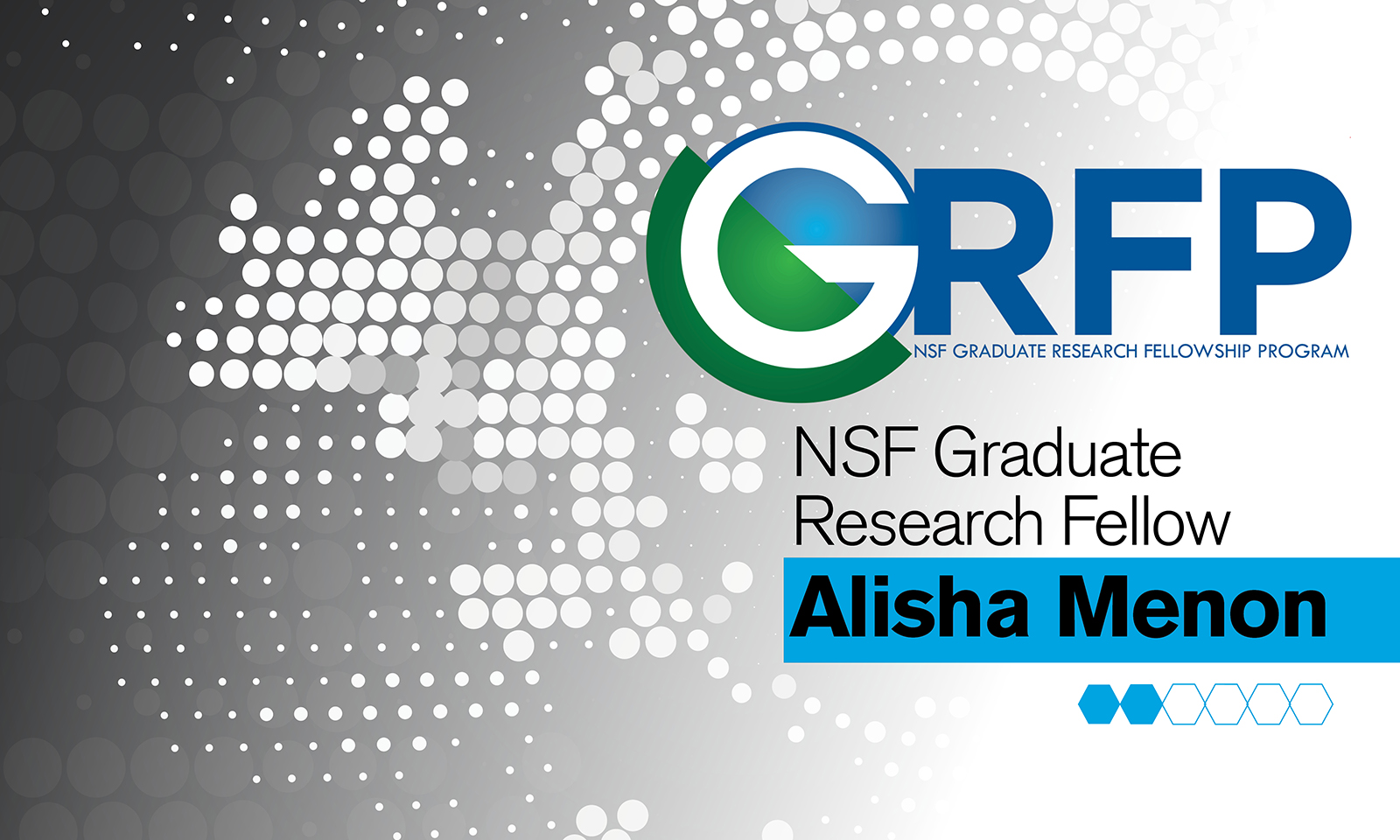 This is part two of a six-part series highlighting GRFP award winners from the Ira A. Fulton Schools of Engineering.

After completing a bachelor’s degree in electrical engineering and a long list of research projects by the age of 19, Alisha Menon will head off to the University of California, Berkeley this fall as one of 2,000 National Science Foundation Graduate Research Fellows.

Menon says she feels “so honored” to receive the fellowship because it recognizes the work she did while earning her bachelor’s degree in the Arizona State University Ira A. Fulton Schools of Engineering, and it has made her excited about starting her doctoral studies.

“I can really just focus on the research that I want to do and that I’m passionate about,” says Menon, who was chosen out of 12,000 NSF Graduate Research Fellowship applicants. “I’m truly honored by the award — and encouraged.”

As an NSF Graduate Research Fellow, she will receive three years of support, including a stipend of $34,000 and a cost-of-education allowance of $12,000 per year granted to UC Berkeley.

Menon was prolific in her undergraduate research, including work on neuromorphic, or brain-inspired, computing she did with Fulton Schools electrical engineering Assistant Professor Hugh Barnaby; contributions to an implanted electromyography, or EMG, sensor with University of Washington Professor Joshua Smith; and research on an implanted neuromodulation system that interacts with the brain for prosthetics and brain biosignal processing research with UC Berkeley Donald O. Pederson Distinguished Professor Jan Rabaey.

“I had some really wonderful research experiences and was honored to have had the opportunity to work with and meet people who are conducting truly incredible research in neural engineering,” says Menon.

She credits Barnaby for getting her interested in neuromorphic computing when she took his analog-digital circuits class at ASU, and Rabaey’s lab for showing her the inclusive, collaborative research team she could be a part of for her graduate studies.

As she prepares to embark on her graduate school journey, Menon’s interests include three areas of neural engineering. The first is neuromodulation systems, which sit inside and interact with the brain through stimulation and recording. The second is machine learning and neural networks, the algorithms that process the signals recorded from the brain. The last is neuromorphic computing, involving hardware designed to function like the human brain. Whether she explores one of these areas or a combination of all three, it’s an exciting field to be involved in.

“There’s a lot of room for innovation in these areas. I am really looking forward to exploring, learning, discovering and contributing over the coming years,” she says.

Before Menon starts her fellowship at UC Berkeley, she’s across the country in New York City working at a startup called CTRLLabs, which is developing an EMG-based neural interface.

“Given that neural engineering technology is at a point where it can complete a task with a brain-computer interface, I’m really excited about where it could go — prosthetics, deep brain stimulation, virtual reality, as an interface technology in general,” Menon says. “It’s really cool and I’m thrilled to be a part of it.”

Read about other NSF Graduate Research Fellowship recipients from the Fulton Schools. 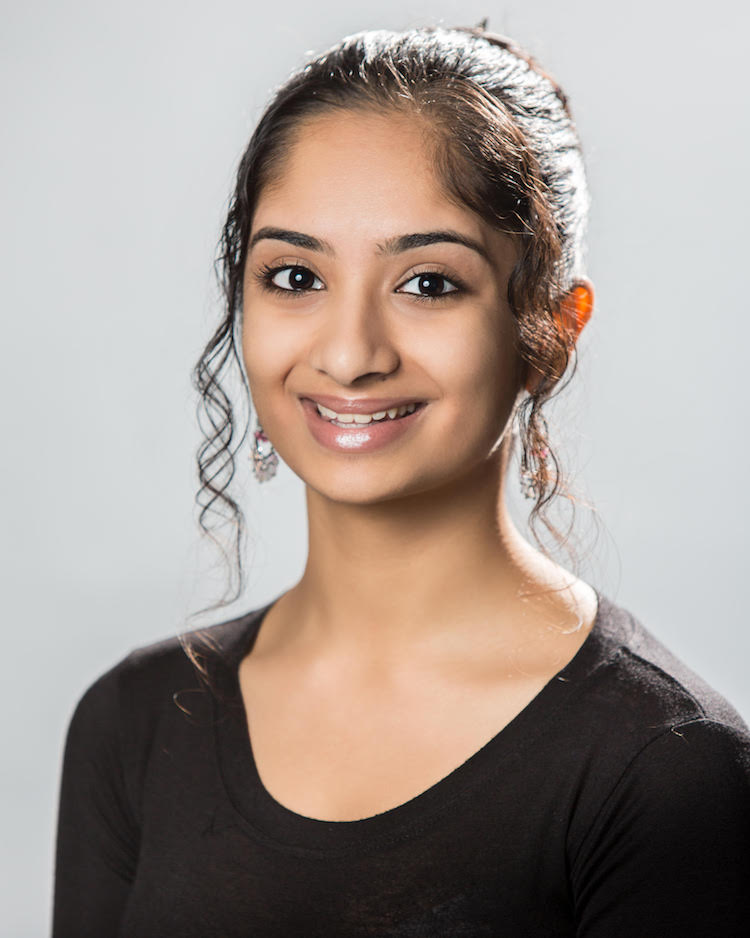 Passionate about more than neural computing

Innovative engineering is only one of Alisha Menon’s passions. Another is technology entrepreneurship, especially for young women.

During her high school and her undergraduate college studies, Menon volunteered with the TiE Oregon entrepreneurship development nonprofit in Portland, Oregon to develop a youth program, TYE (TiE Youth Entrepreneurs) Oregon. The program encourages a diverse group of high school students to develop leadership skills and an entrepreneurial mindset.

Menon believes there aren’t enough women in engineering, especially electrical engineering, and has spent time outside of her academic pursuits to help other young women find their place in this exciting field.

It’s not all about technology for Menon, however. She is also very active in the performing arts, having practiced Indian classical dance for more than 15 years, and participated in lead roles for more than 200 performances in Oregon over the past 10 years.

“Dance and theater have been a huge part of my life for as long as I can remember,” Menon says. “Being involved in the arts has helped me to think creatively — a skill that has been incredibly useful even in my research. I hope to continue pursuing my passion for dance throughout my graduate studies.” Putting chemical power to the test